skip to main | skip to sidebar

'Swarming Futures' shortlisted as one of the top 3 exhibitions in the International Architecture Showcase! Voted by a prestigious jury that included Tom Dyckhoff (The Times), Julie Lomax (The Arts Council), Sarah Ichioka (Architecture Foundation) and Catherine Ince (Barbican Art Gallery). 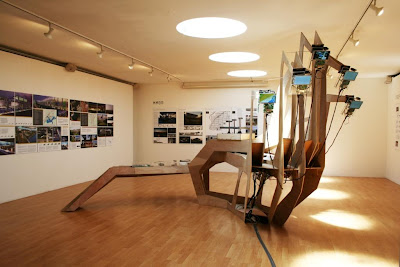 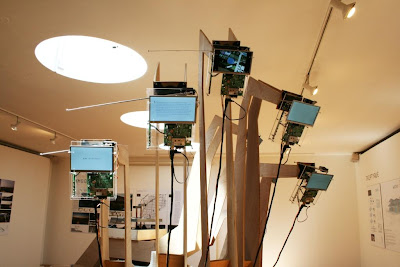 The Embassy of Brazil proudly presents Swarming Futures, a selection of cutting-edge contemporary Brazilian architectural projects. Part of the International Architecture Showcase of this year’s London Festival of Architecture, the exhibition explores the Festival’s Welcoming City theme through the way innovation in design can be generated by large patchworks of inclusive collaboration and creative exchange. Recently appointed hosts of high-profile international events, most notably the 2014 World Cup and the 2016 Olympic Games, Brazilian cities have become an extremely fertile ground for speculation and intense scrutiny. Designers, politicians, communities, businesses, participants and visitors are all agents and stakeholders in a massive swarm of interests and possibilities that will ultimately reshape Brazil’s cities in the near future.


EXHIBITION
Curated by London-based architect Ricardo de Ostos, the exhibition explores how unique associations between mainstream and underground forces can open new fields for innovative buildings and city planning. Aiming for fresh ideas, Swarming Futures displays projects that explore trans-disciplinary and spontaneous networks between the social, economic and cultural fields. Maverick cooperation and urban experiments in and for the city are uncertain, and at times unpredictable, but fundamental to encourage social progress. 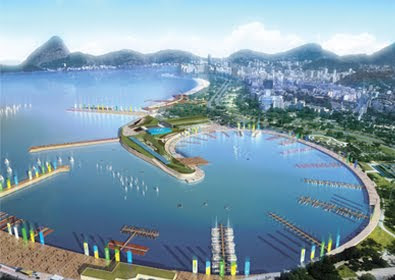 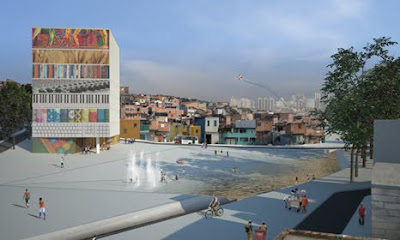 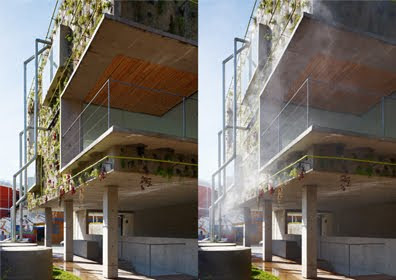 Vazio S/A: Amnésias Topográficas II, Buritis Neighbourhood, 2009 Belo Horizonte
The exhibition itself is an assemblage of diverse urban elements, including already built and yet to be built projects, from individual buildings to larger city scale projects. Following the exhibition opening, there will be a symposium with invited guests from Brazil and abroad, providing an invaluable opportunity to foster new partnerships not only amongst designers but also between different welcoming cities across Brazil and the world.

RIBA SPEAKER'S CRESCENT
A preview of the exhibition will be presented on June 20 (10.00 - 10.40am) by Ricardo de Ostos in a special event organized by RIBA. ’s optimism related to yesterday’s futures illustrated by letters from writers, explorers’ diaries, historical narratives and satirical cartoons.

This text will be replaced

Ricardo de Ostos: A Director of NaJa & de Ostos, a London-based studio developed as a platform for experimental architectural design, Ostos is Unit Master at the AA School of Architecture in London, director of the AA Madrid Summer School and guest professor at Ecole Speciale d’Architecture in Paris. He is a co-author of the books The Hanging Cemetery of Baghdad (Springer, Vienna and New York) and Ambiguous Spaces (Pamphlet Architecture 29, Princeton Architectural Press).

BCMF Arquitetos: Established in 1995 by partners Bruno Campos, Marcelo Fontes and Silvio Todeschi, BCMF Arquitetos has been involved in a broad range of projects. Their practice is highly diversified in terms of scale and typology, ranging from interior design, commercial and residential buildings to large-scale projects, such as the Deodoro Sports Complex, designed for the Rio 2007 Pan American Games as well as twenty venues and facilities for the Rio 2016 candidature.

MMBB: Created in 1991 by Fernando de Mello Franco, Marta Moreira and Milton Braga, the practice has established itself through its international collaborative projects in the development of public and institutional designs. Keen to maintain a critical and analytical stance, MMBB has also extended its activities to the cultural and academic sphere by organising or participating in cultural events, exhibitions and biennials, as well as by engaging in academic activities through teaching and research.

Triptyque: Established in São Paulo (2000) and Paris (2008), Triptyque is a French-Brazilian practice run by Greg Bousquet, Carolina Bueno, Guillaume Sibaud and Olivier Raffaelli. Known for innovative projects such as the Harmonia 57 building (São Paulo), the Mediatheque in Osny and a skyscraper in Issy Les Moulineaux (France) and their participation in various Biennales, such as Venice (2008 and 2010), Hong Kong (2009) and São Paulo (2009 – 1st Prize for Constructed Buildings).


Vazio S/A: Founded in 2001 by Carlos Teixeira, the practice seeks an active role in which the city and its problems are stimuli for new projects: actions in urban voids, architectural interventions in mining areas, and landscape design in vacant plots – a vision in which informality and a lack of planning are seen as pointers towards new solutions and opportunities.

Past Exhibitions and Talks